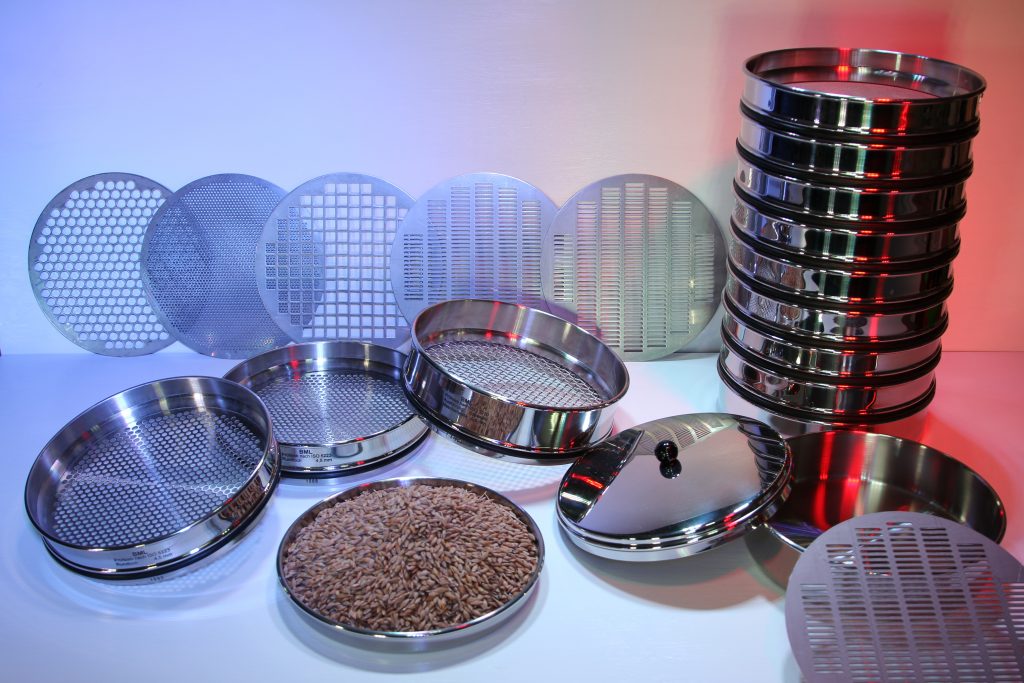 “Blau-Metall” was incorporated as a company in 1991 by Mr. Thomas Blau, former staff member at the “VEB Metallweberei” (Technical Weaving Mill) in Neustadt/Orla, Thuringia. Initially, our company manufactured espagnolette locks which originated within the product line of VEB Metallweberei and found primary use as locking mechanisms for electric control boxes.

Production was expanded in 1992 with the manufacture of industrial heating pads for electric radiators. In parallel to these two manufacturing branches, we offered repair services for test sieves originally produced at VEB Metallweberei after the company was dissolved due to financing issues in the wake of the German Reunification.

Because of a high demand for new test sieves, Blau-Metall – then BML – restarted production in 1993 based on the tools and knowledge from the former VEB Production. However, Blau-Metall, from the beginning, switched the entire production from a brass sieve design which had been state of the art into the early 1990s to a 100% stainless steel sieve design – making us one of the first companies to do so.

Over 25 years of experience in the area of test sieve production and application as well as continued improvements of our precision milling and optical inspection technology allow us to deliver traditional screening solutions that are second to none in quality, longevity and reliability.